First impressions, gut instincts, and intuition are interesting things. We are taught, whether blatantly or subconsciously, to trust these feelings—It’s necessary. They help make rapid decision-making possible. The ER doctor in the middle of running a code, the police officer responding to a call, the solo female traveler walking down an unknown street, they all rely in part on impressions, instincts, and intuition. But what happens when we are wrong?

My first impression of Maputo, Mozambique was not a positive one. I arrogantly dismissed the warning words of culture shock in our pre-departure meeting as I have traveled extensively before—how naïve. I thought, how could this African capital city be so different from other capital cities in the non-western world? After nearly 4 weeks in Maputo, I can say that this city is both similar and different than other cities that I have visited and lived in; it is a complex city of contradictions, and it is beautiful.

When I arrived the smog laid heavy in the air blanketing the skyline, an oppressive weight in my lungs, the smell of gasoline and urine bombarding my senses and stuck in my nostrils. My simple purple canvas shoes now a dusty burnt sienna from a day’s worth of walking Maputo’s urban streets.

That’s right, URBAN! Maputo is a city with a population of 1.7 million souls, according to the 2007 census. That’s larger than San Francisco, San Jose, or San Diego. It’s roughly the same size as Phoenix, Arizona. Maputo is indeed urban, not the stuff of American ignorance about Africa, not living in the bush alongside lions and zebras. 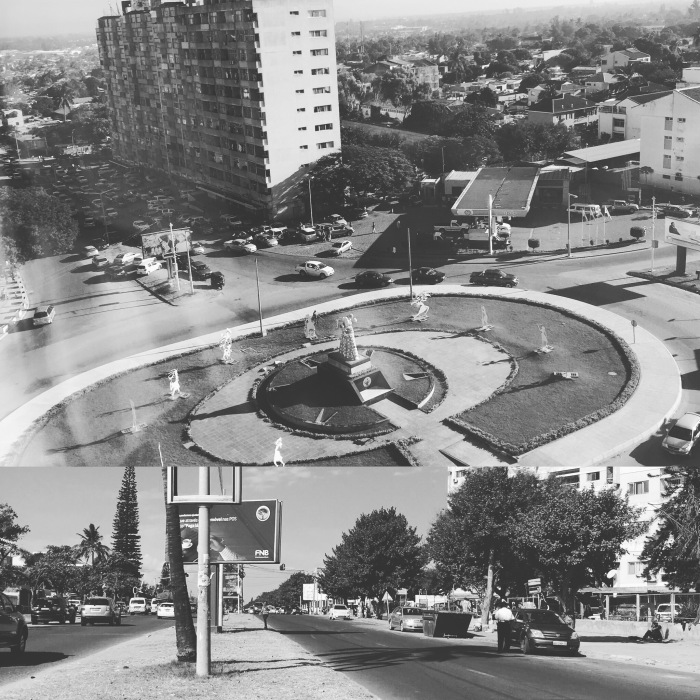 The view from my 9th floor flat

At first most of the buildings have an aggressive presence, towering cement behemoths in various stages of disrepair, empty cement shells of buildings rumored to be haunted from violent civil war histories.

Yet, there are hidden gems of beauty everywhere, if you just open your eyes. Amazing colonial government buildings, the train station, jacaranda tree lined streets, red and purple bougainvillea popping off balconies, and colorful juicy fruits on display by street vendors. 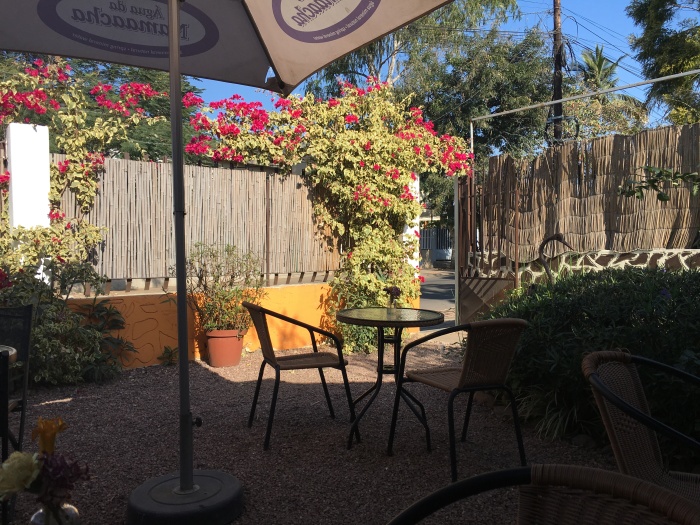 The complexity is clear, Maputo cannot be summed up in a sentence, in a paragraph, not even a book… from blood stained post-apocalyptic sidewalks in front of the beautiful colonial supreme court building to altruistic strangers, who become genuine friends and guardians, and restaurants where the live jazz flows as smoothly as the Portuguese and 2M beer on draught, Maputo is complex and it is beautiful. What have I learned from these first few weeks? — Don’t be afraid to reevaluate those first impressions, that intuition, sometimes you are wrong.